It is verily said that it is essential to have a healthy mind in a healthy body.

A woman suffered from severe rheumatic pains in the knee joint. No medicines were of any avail. The pain went on increasing, until a holy man she met asked her, “Do you hold a grudge against anyone?”

She hesitated, then answered, “My mind is seething with resentment against my own sister who did not behave properly towards me.” The holy man said to her, “Your pains will disappear only when you forgive her and make peace with her.”

At first, she found it difficult to do so. Later, she met her sister and giving her a hug said to her, “Let bygones be bygones! Let us begin anew!” To her amazement, she found that soon thereafter the pains disappeared. No wonder forgiveness is called the noblest virtue.

Can’t reconcile? You can still forgive

Even when reconciliation is not possible, forgiveness is in your hands. George Macdonald writes: “It may be infinitely worse to refuse to forgive than to murder, because the latter may be the impulse of a moment of heat, whereas the former is a cold and deliberate choice of the heart.”

Forgiveness need not be a struggle, if we realise that it is also a great gift and a blessing. It is a choice that we make: either to love or hate, to punish or pardon, to heal or hurt. We choose to tread the path of peace and reconciliation, rather than succumb to bitterness. To quote the words of Martin Luther King, Jr., “Forgiveness is not an occasional act. It is a permanent attitude.”

Forgiveness is above justice. Justice seeks to punish, forgiveness seeks reconciliation. As Shakespeare puts it so beautifully,

Though Justice be thy plea, consider this:
That in the course of justice none of us should see salvation.
We do pray for mercy
And that same prayer doth teach us all to render
The deeds of mercy

Not just for the spiritually evolved

Forgiveness is not for saints and sages. How often have we not come across people, who, when urged to forgive and forget, will retort with passion, “I am not a Mahatma, I am not a saint, I am only human!” So many of us believe that we cannot forgive; that it is too difficult, that it is the prerogative of saints and other evolved souls and not for the likes of us.

Also read » Why forgiveness is not divine

Forgiveness need not be a feat of supernatural power. It is just a way of putting the past behind you, once and for all. It is a way of moving on. It is a way of seeing things differently, looking at life from a new perspective. It is the realisation that we cannot stay bitter and angry for the rest of our lives.

Forgiveness is the noblest virtue. Let me share a story to illustrate this:

A rich old man divided all his property equally among his sons. However, he withheld an expensive diamond ring, which was a family heirloom. His sons were being sent out to travel and take on the world. When they returned on a certain specified day, the diamond ring would go to him who had done the noblest deed. On the appointed day the sons returned home. They were asked to report on what they considered to be their noblest deed.

The first son said, “A wealthy banker handed over all his money to me for investment. I could have kept it all – but I served him honestly, and restored every pie of his to him, with interest.”

“That was indeed well done – but you only did what you should do,” said the father.

The second son said, “As I was walking along the seashore, I saw a little child who was about to drown.

At the risk of my life, I rushed into the roaring waves and rescued the child.”

“That was a brave deed – but not worthy enough to deserve the priceless ring!” was the father’s response.

It was the youngest son’s turn. “I was tending my sheep on the mountains, when I saw my bitterest enemy stumble on the edge of a precipice and fall. He hung on to the edge of the cliff in terror – I rushed to his aid and saved his life!”

“You are my pride and joy,” said the father.

“Returning good for evil is the noblest deed. The ring shall be yours!” 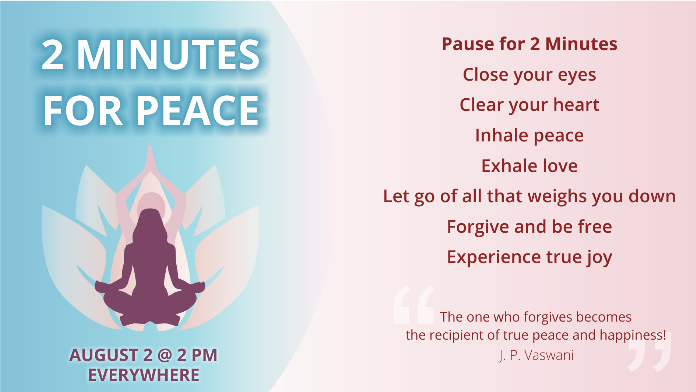