“The weak can never forgive. Forgiveness is the attribute of the strong.”
—Mahatma Gandhi 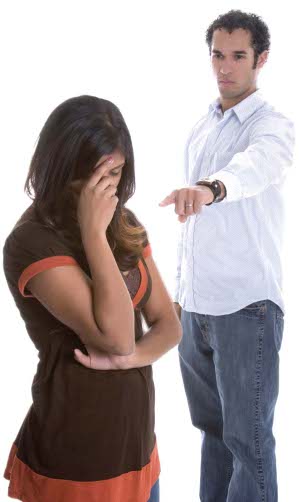 When we are wronged, we often find ourselves feeling resentful. The target of our resentment could be our loved ones, friends, colleagues, bosses, business associates, or even strangers—anyone who has caused us pain. Whether the wrongdoing is a minor transgression, or a deep injury, when we feel unfairly treated, we carry antipathy in our hearts against those who wronged us.

It is human to feel resentment when we are at the receiving end of unjust conduct of another. It’s healthy too, as long as such feelings fade away with time. Problem begins when we refuse to let go of the past and continue to hold on to the resentment a long time after the “unjust” occurrence, sometimes even for years.

Unresolved resentment becomes dangerous when it takes the form of hatred, anger, bitterness, hostility and an urge to avenge, or get even. Confined for long, such feelings start to take a toll on our lives — our relationships, careers, even our health suffers in the process. The only way to release this pent up negative energy is to practice forgiveness.

The power of forgiveness

Forgiveness is, perhaps, the most potent weapon in resolving conflicts. Individuals and societies can use this powerful missile of love to bring peace into this world. Contrary to what most people believe, forgiveness is not a sign of weakness. It is the ultimate symbol of strength. Only those who are emotionally secure can forgive. No wonder, Mahatma Gandhi believed that forgiveness is the attribute of the strong.

Internationally renowned physician and cardiologist, Herbert Benson, who helped pioneer the field of mind/body medicine says, “There’s something called the physiology of forgiveness. Being unable to forgive other people’s faults is harmful to one’s health.”

Many studies in medicine and clinical psychology are now linking the inability/unwillingness to forgive with health hazards such as increased blood pressure, cardiovascular disease, and immune suppression.

These same studies are also proving a long-standing truth that all faith traditions have been preaching for centuries: that those who are forgiving not only have improved relationships, but fewer health problems and lower incidence of the most serious illnesses.

For instance, a Duke University Medical Center study showed a decrease of back pain, depression and lower levels of chronic pain in people who learned to forgive.

Charlotte Witvleit, PhD, a psychology professor at Hope College in Holland, Michigan, found that when individuals were able to forgive, they experienced greater joy, a more profound sense of control over life and less depression.

Author Isabelle Holland said, “As long as you don’t forgive, who and whatever, it will occupy rent-free space in your mind.” What this really means is that if we don’t forgive, it is we who suffer, not the person/s at whom our resentment is directed. Therefore, we would do well to keep in mind that forgiveness has less to do with another and more with ourselves. When we forgive, we free our hearts and minds of the needless toxicity and suffering. Forgiveness, then, is a liberating experience. It is the best gift we can give to ourselves.

Forgiveness is immensely beneficial but it, by no means, is easy. It requires us to recondition our thinking and unlearn our justice-seeking [revenge] mindset.

Paul Coleman defines forgiveness as the decision to offer love to someone who has betrayed that love. Robert D Enright and Joanna North define forgiveness as giving up resentment and vengeance and fostering compassion on the inflictor of pain.

Few have explained forgiveness as well as psychologist Joan Borysenko, PhD, author of Minding the Body, Mending the Mind: “Forgiveness is not the misguided act of condoning irresponsible, hurtful behaviour. Nor is it a superficial turning of the other cheek that leaves us feeling victimised and martyred. Rather it is the finishing of old business that allows us to experience the present, free of contamination from the past.” There! Genuine forgiveness is all-encompassing. When we forgive it’s not just about letting go of the desire to get even. It’s also about replacing ill-feelings towards the offender with feelings of compassion and love. When you forgive with all your heart, you let go of all negative feelings towards the other. In the words of Dr Paul T P Wong, “Complete forgiveness involves complete transformation toward the offender.”

Seems a tough call? Perhaps, we can learn a thing or two from the great souls who not only preached, but also practised forgiveness.

“Forgive them Father, for they know not what they do,” prayed Jesus Christ as he was being crucified. This ultimate example of forgiveness teaches us a lot. When we change our perspective and develop tolerance towards the wrongdoer, it is easier to forgive. Jesus forgave those who did all manner of evil against Him. He knew that hatred, anger and bitterness are counterproductive and He believed in the awesome power of love, which He effectively used to transform thousands of souls.

We blame ourselves for all kinds of things and the ensuing guilt stops us from enjoying our life to the fullest. Self-reproach is often a moral issue. When we commit an act that is considered to be morally wrong, we feel guilty and carry that guilt with us. Self-forgiveness means taking a non-judgmental stance of our thoughts and actions. Holding on to what is over only immobilises us. Self-forgiveness is accepting our limitations of being human. It is about knowing that we’re allowed to make mistakes and learn from them.

Even if we resolve to forgive, we can’t do it overnight. The dissolution of anger, hatred and bitterness accumulated over years takes time. So, genuine forgiveness is a gradual process and requires patience and thoughtful deliberation on our part. The following steps can help you get started:

Let go and change your future

Resentment is a futile emotion as it only harms its proprietor – emotionally and physically. Commit to memory what Buddha said centuries ago: “Holding on to anger is like grasping a hot coal with the intent of throwing it at someone else – you are the one who gets burned.” So, instead of condemning and resenting others, we can serve ourselves better by cultivating an attitude of letting go, of condoning.

Remember—the past cannot be changed, but by forgiving you can change the future. So, if at any point, you find that you are not happy with your past behaviour, do yourself a favour — simply resolve never to repeat it and move on.

Readers interested may further exploration on forgiveness may visit Campaign for Forgiveness Research. It’s an excellent resource on scientific research of forgiveness.