With the rains at their romancing best, my husband and I decided to take off for the weekend to Alibaug, a cosy beach-town in Raigad district, about a three-hour drive from Mumbai.

We booked ourselves into an executive suite at the Radisson resort for our stay. I was pleasantly surprised to see that though this resort had the usual frills that Five Star resorts offer; there was something very earthy about it.

Although contemporary in its décor, the resort maintains the natural flora that originally inhabited this place. An exquisitely designed meditation room based on the five elements was a beautiful surprise. But for us, the magnet was Mandara, the spa.

Mandara, a chain of spas originally from Bali, has found a humble abode in the Radisson Alibaug. This is the largest branch in Asia, spanning 20,000 sq ft. Not surprisingly, where we expected spa rooms, we found opulent, indulgent and sprawling spa suites. Well, we weren’t complaining.

The spa menu didn’t look any less indulgent, and after some debate, we zeroed in on a treatment named the Mandara Sunset. Consisting of an aromatic salt scrub, a Balinese massage and a Thai herbal facial, it seemed like the perfect way to unwind. 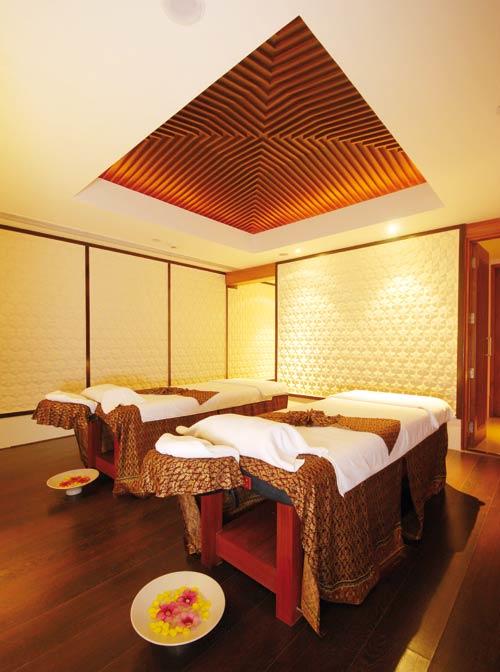 Considering the time of the year and the climate, the spa manager recommended that we swap the aromatic scrub with the Tamarind body blast. The idea didn’t excite me much, but I relented under her insistence.

Our treatment suite was a traditionally designed couple room—two massage tables, a master bed for after-treatment relaxation, a vanity area, a shower cubicle and a changing room. The gentle lighting and soft music set the tone of the relaxing ritual, even as we stretched out on the massage table like royalty.

Our treatment began with a scrub with paste made of tamarind pulp, yoghurt, ground rice and honey. The citric and tartaric acids in tamarind are meant to smoothen and brighten the skin, while the yoghurt and honey add moisture and nourishment.

Ground rice works as a natural exfoliating agent to remove dead skin cells. The therapists scrubbed this mixture generously on my skin in soft gentle strokes. The paste was allowed to remain on the skin for about 10 minutes after which, we were guided to the shower to rinse it off. 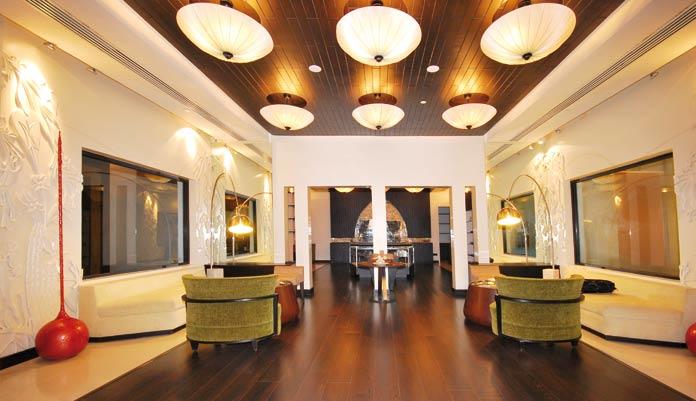 It had been just 30 minutes since the tamarind pulp had touched my skin and my skin already felt much smoother and softer. I was glad I gave this a try and had the spa manager to thank for it. It was time for the massage itself.

Having experienced only Swedish massages before, I was looking forward to a Balinese one. Balinese massages use skin rolling and stretching, along with palm and thumb pressure techniques. At Mandara, they use special oils imported from Thailand.

These oils are non-greasy and have a mild fragrance. You can choose from lavender, Ylang Ylang or grapefruit. If you prefer a deep tissue massage, this massage may not be your thing. But you could ask the therapist to tweak the pressure to suit your threshold.

It worked perfect for me, although I felt it ended sooner than I expected. Then again, I’m not sure if it actually did or it was just me being greedy for more.

The facial consisted of six steps starting with cleansing, followed by toning. Then came a revival mask, a detox mask, a massage and a moisturiser. For each step, the therapist used a herbal product, [imported from Thailand, of course] specifically meant for the treatment. For the next 20 minutes, she worked her hands lightly, her touch almost feather-like.

Once the treatment was over, we were advised not to shower for a couple of hours to allow the oils used, to be absorbed by our skin as they were known to be beneficial. As we left the spa, feeling refreshed and relaxed, we were already making plans of our next visit.

While at the spa, you might want to get a beauty treatment at the salon–it’s a charming set up. The walls are a glass façade that separates you from lush greenery. Imagine yourself sitting in the midst of a beautiful garden while having your nails manicured. That’s the experience you’ll get here.