1. Are running and taking the stairs bad for the knees?

Running and climbing are natural movements which are great for your muscles and heart. If you are fit and you’re running and climbing stairs correctly, these movements are not harmful. However, if you are thumping your feet hard on the ground then it is bad for the joints. Make sure you’re light on your feet. If you can hear your footsteps noticeably, you’re running incorrectly.

Too much of running and stair climbing can be bad for the knees if you are extremely overweight, have weak knees, or are moving with a wrong technique. You can continue running into your 70s and 80s, which many marathon runners the world over do.

2. Is walking or jogging on concrete bad for the knees?

When we hear the thud of our feet while running, our joints are being jarred with each movement. When we run with the right technique, it is the muscles that do the work and act as shock absorbers causing minimal impact on the joints. Marathon runners, including the ones who run into their seventies and eighties, run on concrete roads their whole lives, but nothing happens to their joints.

Another essential factor in being a good runner is to give sufficient rest to the muscles between runs. Running well also has a lot to do with stretching the key muscles so that they retain their elasticity. Running excessively makes the calves and hamstring muscles tight and they need to be stretched adequately to prevent knee pain and injury.

Fauja Singh recently became arguably the oldest man to run a 42-km marathon at 100 years of age. Running on concrete roads for many decades has surely not damaged his knees!

3. Is running on the treadmill the same as running outside?

It is not a good idea to predominantly run on the machine in preparation for running outdoors, particularly a marathon. I have seen so many people who regularly run long distances on the treadmill struggling to run a fraction of that on real ground outside. Many of them are shocked and frustrated, as they are under the misconception that running on the treadmill is an absolute substitute to running outdoors.

On a treadmill, the belt or the surface underneath your feet keeps moving towards you, unlike real ground outside. Just like a suitcase comes towards you on an airport baggage conveyor belt without any effort of its own, with every step you take on the treadmill, the forward leg comes back without any effort. You just have to lift the back foot forward again, which will again be brought back by the machine. The electrical power puts in the effort that you would otherwise have to, if you were running outdoors.

When you walk or run on the road outside, the leg that’s forward has to work harder. The muscles are being used in a specific way to propel the back leg forward each time. On a treadmill, the muscles of the legs are used in a totally different way as the surface below your feet is pulling-your forward leg back each time. So although it’ll feel like you’re running as much as you might on solid ground, using electrical power makes walking or running on the treadmill comparatively very easy and in fact, wholly different in the way your muscles are being used.

Running on the treadmill is not a natural movement and overdoing it is not great for you in the long run. Unless it is raining or snowing outside, just head out to the park nearby or even the road outside your house for your brisk walk or run.

Before the modern highly cushioned running shoe was invented, human beings were largely running barefoot or with very minimal footwear. When you run barefoot, you will discover your natural running movement in which you will be landing on the mid foot and front part of your foot rather than your heel. This is the right technique of running.

The running shoes with highly padded soles and heels that we get today enable us to run in a way that causes our heels to hit the ground first. This is wrong and a cause of many running-related injuries. You should buy shoes which enable you to easily run with the right technique of landing on the mid and front of your feet, rather than the ones which have such thick heels that force you to land on the heel.

Since we are so used to running with shoes, it is tough and perhaps not practical to suddenly start running barefoot.

However, it is a great idea to run barefoot whenever you get a chance. When you are on the beach, grass, or nice mud surface—take off your shoes and run! An important argument in favour of barefoot running is that while running barefoot, you are able to feel the surface you are running on and the body adjusts the running technique accordingly. When running barefoot on a hard surface, you will be forced to be light on your feet, thereby reducing the chances of injury to your ankle, knee, and hip joints. You won’t find extensive studies comparing the results of shoes versus barefoot running but a little experiment running with and without shoes will confirm what I am saying here is simple common sense. I strongly recommend walking and running barefoot on grass and sand whenever you get a chance as it is very healing for the body. The soles of our feet have extensive nerve endings which get soothed and stimulated, resulting in rejuvenation of the whole body, when in contact with natural surfaces like grass and sand.

5. Will doing excessive crunches or working out on abs machines help me flatten my stomach?

Doing excessive crunches will only make your stomach muscles very strong which is not of much use, performance-wise, if your back and other muscles are not exercised accordingly. If you have a pot belly, it will remain well in its place no matter how many crunches you do. All it will do is create strong abdomen muscles beneath the flab.

Instead, you should be doing cardio exercises like running, cycling, brisk walking, skipping, and stair climbing to burn extra calories in order to flatten the stomach and lose weight in proportion to the rest of your body.

The other drawback in just doing excessive abdominal contractions is that it makes the stomach muscles much stronger as compared to the back muscles. This imbalance gives rise to lower back problems.

6. Exercise makes us fit. If I overtrain and workout every day or twice a day, will it make me super fit? 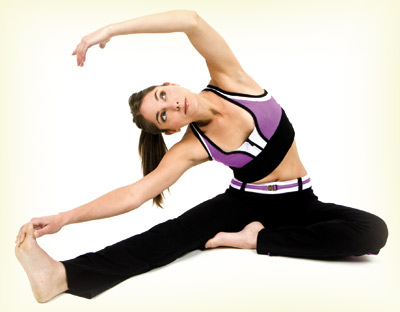 Overtraining is as bad as undertraining, perhaps worse. Apart from triggering a burnout, over-exercising makes you perilously prone to injuries. To achieve the best fitness results, there is an optimum amount of exercise you must do. Anything beyond that gives diminishing returns and will make you weak, drain your energy levels, and cause injuries.

I see a lot of people addicted to working out, pushing their body day after day.

Apart from exercise and nutrition, the body needs sufficient rest to recuperate from vigorous exercise. Not giving your body enough rest between intensive workouts will cause unnecessary wear and tear of your joints. You may not feel the strain at present, but I’ve come across many people who’ve over exercised in their 30s and are now sitting it out with serious knee injuries in their 40s and 50s.

7. Just look at his six-pack! Isn’t he incredibly fit?

Having a chiselled six-pack and being very muscular are not the only criteria of being fit, or for that matter, even very strong. This is the case particularly if those popping muscles have been developed the way a professional bodybuilder trains—by isolating muscle groups and not necessarily paying much attention to stretching and cardiovascular endurance exercises. A professional bodybuilder’s body is meant, mostly, for show. That is the main purpose of their training. On the other hand, an athlete or a sportsperson’s training is for performance. So apart from strength, the athlete’s fitness routine involves a good amount of exercises for flexibility, speed, and stamina. A person may be muscular but if they do not have good flexibility or stamina, they can’t really be considered completely fit.

Many actors and models have proven that visible six-pack abs and overly well-defined muscles are achievable by putting in hard work. Our leading sportspeople put in much more hard work and time into their fitness workouts and training.

Just think about it—why don’t all our leading sportspeople or even elite soldiers, for that matter, sport visible six-pack abs if it would in any way enhance their physical performance?

8. But she’s so thin. She must be really fit! Isn’t it the same thing?

Again, being thin and being fit are two different things. I’ve come across many people who are thin but terribly unfit compared to someone who might not be so thin. Fitness is not about being thin or muscular, but about strength, flexibility, stamina, speed, fast reflexes, and balance. Only a person who has a good balance of all these factors, and can apply it functionally, can be called fit. Athletes, gymnasts, and most sportspeople epitomise fitness.

9. Aren’t fruits, coconut water, dry fruits, potatoes, bananas, and other such natural foods also fattening as they have sugar, carbohydrates and are high in calories?

Let’s say a natural food in its raw form contains the same amount of calories as say a biscuit, a slice of bread, or some other processed food to start with. Our body needs to do some work burning some calories to break down natural foods, including bananas and potatoes, in order for these foods to release energy in the body.

Fruits and other natural raw foods release energy slowly in the body as our body breaks them down. Highly refined foods such as white sugar do not need to be broken down by the body, which results in direct and sudden increase in blood sugar which is very harmful to the body. Moreover, natural foods have more nutrients and fibre which aids a healthier functioning of the body.

10. I am trying to lose weight. Should I totally avoid carbohydrates and fat, and just have a protein diet?

For a very brief period perhaps you could possibly try something like that. But if you sustain a diet which is totally deficient in one or more of the essential components of a balanced healthy diet, will be harmful to your body in the long run. Your weight loss with such diets will be accompanied by harm to your internal system and organs. Moreover, the weight loss with such drastic and unhealthy measures will be temporary, and will come back with a vengeance within a few months or years.

A healthy and long-term weight loss is achieved by cutting down excess calories, especially in: the form of white sugar and other processed as well as fried foods.

Excerpted with permission from Fitness on the go, by Abhishek Sharma, Published by Random House India, Price: INR 250

This was first published in the January 2013 issue of Complete Wellbeing.