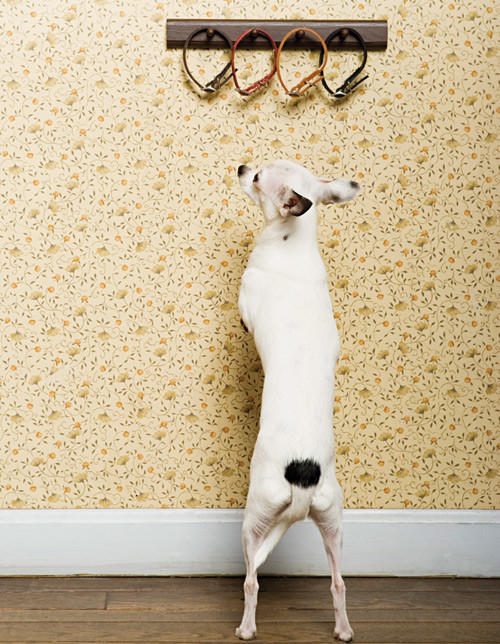 Have you seen the manner in which a dog demonstrates his love for his master? A dog is supremely happy to meet his master every single time and makes it a point to show his love as overtly as possible—he will run around in circles, overwhelm you with warm slobbery kisses and even knock you down with his affection. He almost makes you feel like you’ve returned after winning a battle! Perhaps this enthusiastic expression of love is the reason why dogs are the most domesticated of animals.

A dog teaches us why we should not hold back our feelings when meeting and greeting the ones we love. Come to think of it, we have a great deal to learn from all animals—the so called ‘lower’ beings of our planet.

Let’s mull over a few lessons we can learn by observing our furred, feathered, crawly and wet friends.

When they love, animals do so unconditionally, i.e. they have no expectations from the loved one. That’s right, even the cat. She might not show it with a gregarious thumping of her tail, but her languid stride in to your lap for an indulgent afternoon nap says it all.

What’s more, when animals love, they express it unreservedly. Unlike most humans, they don’t even care about fulfillment of any demand or reciprocation of their love.

I share my home with five budgies. When one of them, Louie was sick, his best bud, Jojo would preen his feathers, lovingly regurgitate his recent meal for him and even indulge in inane chatter. And when Louie would be too sick to respond, then Jojo would simply sit by his side.

To love without expectation is difficult for us because our mind is always suspicious, assessing and calculating. But animals are lucky—they do have much ability to assess and analyse.

Lesson: Love someone for who they are and not for what they can give.

Living in the moment

Animals are not remorseful about the past or worried about the future. Since they don’t carry the baggage of imaginary worries, they are alive and alert to each moment, always in the here and now. Since every moment is new, they celebrate each one. This is, to me, the most important lesson.

Though I shared a walk with my dog, Candy, for over nine years, she would treat every walk as a whole new experience. She would bound up ahead on the road, stopping excitedly to smell all puddles, thoughtfully paw at the ground for lost bones, listen intently with a distant look in the eye and one paw lifted delicately in the air. For her, the whole world was an overwhelming conundrum of sights, sounds and smells, waiting to be explored.

But in all this excitement, she never forgot me. I still remember her happy, panting face looking back at me, as if to say, “Isn’t this world just so much fun?”

Somewhere along the way, we humans have stopped delighting in life’s simple pleasures. In a bid to reach somewhere, we have ended up leaning into the future and missing the present. As kids it was natural to us; until adults smothered us with cynicism and expectations, and we ended up growing up like them—dull, afraid and worried.

Lesson: Take a moment to smell the rain, linger over a hot coffee, wet your feet in a puddle and delight in the umpteen moments of joy at our disposal.

This one is a corollary of ‘living in the moment’.

I have reprimanded my dog several times for stealing scraps from the garbage bin. And each time, the reaction was the same—she would bow her head, look up with droopy eyes and listen quietly, occasionally giving a sad little wag. Once she would realise that I was done with my admonishment, she would silently slink under the bed for a few minutes, which I, to my satisfaction, interpreted as acknowledgement of guilt. However, she never held my dressing-down against me, nor against the garbage bin for that matter, for noisily clattering every time. One small shift in my body language and she would immediately get out to nudge me with her wet nose and polite wagging, ready to jump right back in the game.

Because they live in the now, animals don’t hold grudges. They simply face it or resolve it, and move on. That is why they don’t suffer from bad memories or unresolved issues.

Lesson: It’s a good idea to resolve our hurts when they happen rather than simmering inside until we explode.

Happy to be self

Irish writer Oscar Wilde said, “Be yourself—everybody else is taken.” Whereas we seem to have forgotten this wisdom, animals know its truth innately. Ever seen a crow sulking with envy about a peacock or trying to dance like one? Unlike humans, animals are who they are and are not disappointed about it. Instead, they relish in the discovery of their being-ness. Indeed, there’s so much we can discover about our ‘self’, that if you embark on the journey, you won’t have time left to be like anyone else in the world. I manage to confound myself with a new fact or opinion I never knew I had about myself everyday.

Lesson: Bliss starts with self-acceptance and self-discovery. Accept yourself in totality and you’ll find the happiness within.

A few years ago, I visited an old friend’s house and was taken in by the sight of her son curled up on the couch, fast asleep with his golden retriever, Simba. Sensing my presence, Simba clambered down the sofa to give me a perfunctory sniff and then went back to his friend. When I remarked upon their close bond, my friend informed me that their bond was much closer than I could imagine. Her son was epileptic and somehow Simba could always predict his oncoming seizure. The dog would stand next to the child and start whining softly. This would alert the family to take suitable steps and protect the child from possible injury during the fit.

How did Simba sense the oncoming seizure? Animals are tuned in to their senses. They never fail to sense danger or spot an opportunity. Their judgments and actions are not result of their long drawn plans. Nor do they care much for opinions and superficial banter. They prefer to rely on their instincts, which help them to remain cued in to what’s happening around them. They are sensitive to even the faintest of cues—an ability that we have all but lost.

Perhaps we can draw some lessons from all of this and learn to slow down, be still, and listen more closely to the various sensations in our bodies, both pleasant and unpleasant ones.

Lesson: Instincts are not random feelings but valuable gifts from nature. Practice honing your instincts to make the most of them.

Ever seen a dog making funny faces while rolling on the floor for a good scratch? Or a kitten playing with a ball of string, looking absolutely silly? Animals are never serious; they happily goof around whenever possible and they don’t need a reason to play. Tigers love to play in water and the wild dolphins indulge in acrobatics for no other reason than the pure joy of it.

There’s never a dull moment with my birds. They are forever indulging in the most hilarious antics all day long. One of them, Emily, a very precocious young lady, with soft powder blue wings, loves hanging from stuff. Curtain rods, hangars, telephone wires, clothes string, the girl simply loves to hang out. On any given day, you can see her merrily swaying with one foot or the beak from her favourite rope swing in the cage or experimenting with anything that has even a nano potential of being hung from. Having a little goofy time is not only refreshing, but also a great way to boost your creativity and give you a new perspective in life.

Lesson: One look at nature and all its beings and we can see that seriousness is not a virtue that humans have made it out to be. Be joyful—just like that.

When I was about eight, Lily, a stray cat tiger tabby used to visit my window every evening. Window, because my parents were not to keen on inviting cats inside the house—a fact that Lily was painfully aware of. But that did not dampen her spirits and she simply selected another alternative to meet me. She would mew softly at the appointed hour and I would excitedly open the window to let her in and give her a saucer of warm milk.

After the polite pleasantries of rubbing herself against me and sipping the drink, she would quietly settle down on the floor cushion in my room and proceed to groom herself. She would delicately lift each paw in the air, observe it thoughtfully for a few seconds and then ensue to lick it clean. She would then proceed to groom her entire body, gingerly inspecting each part for dirt or matted hair. If I interrupted her, she would quietly get up and move to another place to continue the task. It was her polite way of informing me that this was a necessary ritual and must be paid due attention to.

Birds preen their feathers; pigs take mud baths, elephants love a good dip in the river—all animals diligently devote a certain amount of time, a daily routine if you will, for grooming and self care. Unlike us, they don’t think of it as a chore that must be done and in fact proceed to treat it a like a necessary indulgence. They immerse themselves in the grooming ritual as if that was their only purpose. Once again, it comes from living in the moment. If we could dedicate some time for nourishing not just our body, but also our mind and soul, we could be as happy as a dog with two tails.

Lesson: To care for self is to respect your life. No matter what, always make time for self.

So look beyond fellow humans and pay attention to our other earth mates for a change. The caterpillar outside on your windowsill, reaching out in thin air, might actually have a far better view than you. Are you watching?

This article was first published in the October 2012 issue of Complete Wellbeing.