Travel is a perfect metaphor for life—the more varied your experiences, the richer you feel. Travelling changes your perspectives; it helps you learn [and unlearn] so much about yourself and the world; it opens up infinite possibilities. And there are so many different ways one can travel. Indeed, it takes opposing experiences to help you find a sense of inner balance and what better to gather experiences than travel. All you need is a willingness to explore.

A sumptuous breakfast spread followed by a safari at the national park, an afternoon of quad biking through dirt roads, a refreshing spa treat in the evening and a night at the theatre… I stared at my itinerary for the day in dismay. I was all alone in Sun City, South Africa, with no one to share all these magical moments with, forget the luxurious suite I was put up in at the Palace of the Lost City. And then, while in my depths of despair, I hit another low—literally. I toppled over on my quad bike while attempting to navigate through a deep ditch. Immediately, I was surrounded by anxious and concerned queries. The ice broke [luckily, none of my bones did], and I spent what was left of the day with my newfound friends. Just like that, I wasn’t alone anymore. Now I know, starting out by yourself doesn’t mean you will end up lonely.

Three days plus four places adds up to seven gal pals having a lot of fun! We cycled through the fields of Dapoli, parasailed on the shores of Murud, trekked up a hill in Keshavraj and finally, watched the sun set in Harnai. In those last moments, the sky was ablaze with the sea reflecting its fiery mood. I raced to the water’s edge and dipped my feet into its brilliant colour palette, letting the froth of the waves wrap itself like delicate lace around my toes. Moments like these, as wonderful as they may be, pass. But the bonds of friendship made stronger by such memories last forever.

Monsoon, for me, is the season to trek. It’s when the hills come alive with the sounds and sights of flora and fauna. Of the few treks that I’ve managed to ‘conquer’ so far, was the one in which I reached the top of one particular hill fort. It had proved to be a battle between my physical and mental strength. This goliath of mine is called Manikgad. That day, I trekked for a total of eight hours, climbing, sliding, tripping and dragging my weight through slippery sludge, smooth rock and tall grass. At the end of it all, I stood proud albeit on wobbly knees. Remember, if you don’t test your limit, how will you brag about it?

Sometimes you take a break, other times you are given one. When I realised I didn’t have to report to work everyday any more, I headed south to Pondicherry. What did I do there? Nothing… nothing but eat, take naps, play with the dogs, chase butterflies, sit idly under a canopy of creepers and take a stroll. Ah, I’ve never felt such a sense of accomplishment. It’s a pity how we forget that the purpose of a holiday is to relax.

On a shoestring budget v/s All expenses paid

The magical city of Udaipur conjured up images of its five-star Lake Palace in my mind. Alas, I’m no princess. My budget for the trip was tighter than the knot on my shoelaces. So, I opted to stay at Hotel Gangaur Palace, a 100-year-old typically Rajasthani haveli on the banks of Lake Pichola. For INR 500 a day, our room was clean, spacious and airy. We may not have had fluffy pillows with mints placed on top, but we had something the guests at the Palace didn’t—a view of the glittering luxury hotel and its reflection in the shimmering waters on a moonlit night. Some of the best things in life don’t come at a price; don’t you agree? 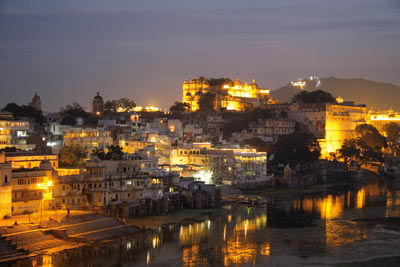 Would you pay double the price for the same result? Never, I once said. I couldn’t believe my friend was paying a ridiculous amount to fly business class. ‘Economy’ will get you at half the price to the same destination, was my emphatic argument. Until the day I was upgraded, and I had to swallow my words, along with some champagne, of course. Lesson learnt: before you take off on a war of words, base your point of view on experience and not thin air.

Pre-planned v/s Going with the flow

I almost didn’t want to go to Europe. Since we decided against going with tour operator, we had to plan our own itinerary. First, we had to zone in on the countries we wanted to visit, then the places within each, then what to do in each place and how many days to spend there, where to stay, how to get around….you get the picture. Then we had to organise the required visa documents, the foreign exchange, the travel insurance, the air and train tickets… It was a nightmare that turned into a dream come true. Now I’m armed with the experience to conquer another continent!

I spent a fortune in Macau, but not on gambling. Expecting to be dazzled by the night life of the Vegas of China, a friend and I hopped onto a ferry from Hong Kong. We didn’t have a clue what to do, and there was no one to tell us. Everyone dispersed immediately, leaving us stranded on the pier in the dead of the night. A couple of taxi rides later, our pockets much lighter, we decided to walk to all the sights then on. The Grand Canal Shoppes at The Venetian, Senado Square, Macau Tower, the ruins of St Paul’s… we saw it all, all by ourselves. Eventually exhausted, we slept on the streets. Figuring out your own way when you’re completely in the dark is a thrill unmatched.

On business v/s For pleasure

I did something in Amsterdam that no one expected me to. I worked. I was on an assignment to interview inspirational women and return to tell their stories. I met an absent-minded artist who had me in splits with her antics, an actor who told me her biggest role was being herself, and a museum director with a life I would love to live. I was truly inspired. It’s not the sights that make a place memorable, it’s the people.

Sometimes a place seeks you out instead of the other way around. Dhaulchhina is one such place in my life. Nestled in the midst of the mighty Himalayas, its beauty has the power to elevate you from within. The swami who resided there was probably a testament to its spiritual powers. The view that unveiled after a heavy thundershower was a magical sight to behold… I was enraptured by the tenderness of the clouds parting to reveal the mightiness of the snow-capped mountain peaks. I felt transformed.

This article first appeared in the April 2011 issue of Complete Wellbeing.