With the passage of United Nations’ Resolution 61/225, the UN has established November 14 as “World Diabetes Day,” to be observed every year, beginning 2007.

It’s on December 20, 2006, the United Nations General Assembly recognised diabetes as “a chronic, debilitating and costly disease associated with severe complications, which poses severe risks for families, Member States and the entire world and serious challenges to the achievement of internationally agreed development goals, including the Millennium Development Goals.”

This was an incredible achievement for the diabetes world as it marked the first time that a non-communicable disease was recognised as posing a global health threat as serious as infectious epidemics like malaria, tuberculosis, and HIV/AIDS.

The coalition included over 200 IDF member associations, from more than 162 countries, a majority of the world’s global scientific and professional diabetes societies, industry partners, as well as many charitable foundations and service organisations. The campaign was a truly global effort that involved a top-down political approach and grass-roots awareness movement on behalf of the millions living with diabetes and the many millions more at risk.

Over 246 million people now live with diabetes globally. Without corrective action, this figure will grow to 380 million within 20 years.

Diabetes kills 3.8 million people each year – a figure that exceeds the combined toll from HIV/AIDS and malaria. India is hit particularly hard by diabetes as it has the largest diabetic population in the world with an estimated 41 million people, amounting to 6 per cent of the adult population. If current trends continue, 70 million Indians will be living with diabetes by 2025.

“Diabetes has rapidly become the epidemic of the 21st century,” says IDF President Professor Martin Silink. “Emerging economic powers like India are being hit by a disease that is costly and threatens to undermine economic and social gains in many low- and middle-income countries.”

Diabetes threatens to subvert the gains of economic development in the developing world, which already shoulders 80 per cent of the diabetes burden. In the poorest countries, people living with diabetes and their families bear almost the entire cost of whatever medical care they can afford. In India, the poorest people with diabetes spend an average of 25 per cent of their income on private care.

With the passage of the diabetes resolution, governments worldwide have acknowledged that diabetes is increasing at epidemic rates and is affecting all countries.

Diabetes in children and adolescents

Every year, World Diabetes Day focuses on a specific diabetes-related theme. The theme for 2007 and 2008 is “Diabetes in Children and Adolescents.” Many people are unaware that diabetes is not just a disease of the elderly. Diabetes is, in fact, one of the most common chronic diseases of childhood and strikes children at any age – infants and toddlers included.

Type-2 diabetes, once known as an adult disease, is growing rapidly among children worldwide and is expected to increase by up to 50 per cent over the next 15 years. Children with Type-2 diabetes cannot use the insulin that they produce effectively. They can often manage their diabetes through exercise and diet, but in many cases oral drugs are needed and insulin is often required.

Faced with this alarming picture, the World Diabetes Day campaign aims to raise awareness of diabetes and promote strategies to prevent the disease and reverse the growing threat of Type-2 diabetes in the young. The campaign goals are to increase the number of children supported by the IDF Life for a Child Programme; raise awareness of the warning signs of diabetes; encourage initiatives to reduce diabetic ketoacidosis [DKA]; and, promote healthy lifestyles to help prevent Type-2 diabetes in children.

Diabetes is different for children

Diabetes has a unique impact on children and their families. The daily life of children is disrupted by the need to monitor blood sugar, take medication and balance the effects of activity and food. Diabetes can interfere with the normal developmental tasks of childhood and adolescence, including educational success and the transition to adulthood.

In order to help the child and family cope, and to also ensure the best possible physical and emotional health of the child, care should be delivered by a multidisciplinary team with good knowledge of paediatric issues. Support must also be given to caregivers and school personnel. In this way, children with Type-1 or Type-2 diabetes can reach adulthood with as little adverse impact as possible.

Children with diabetes are at high risk of developing complications at a young age. Despite modern treatment, over 50 per cent of children with diabetes develop complications 12 years after diagnosis. Intensive diabetes therapy can control diabetes and allow children to live full and healthy lives. However, it can also result in an increased incidence of low blood sugar levels, which when frequent, may slow down brain development and function in young children. Therefore, it is important that systems of diabetes management aimed at improving blood sugar control be carefully defined, with age-specific targets.

Education holds the key to reducing complications and saving lives. All children with diabetes have the right to education and care that helps them to manage their diabetes. Ideally, the healthcare team should work in partnership with parents, teachers, day-care workers, extended family members and the child. Together, they play a major role in preparing children and youth for a future free of diabetes complications.

World Diabetes Day is the primary global awareness campaign of the diabetes community. It is celebrated on November 14 each year. It was introduced by the International Diabetes Federation [IDF] and the World Health Organisation [WHO] in 1991. The day unites millions of people in over 190 countries to produce a powerful voice for diabetes awareness under the “Unite for Diabetes” rallying call.

The campaign for a UN Resolution established an icon, the blue diabetes circle, which has become the universal symbol for diabetes. The circle has been adopted as the logo for World Diabetes Day. It signifies the unity of the global diabetes community in response to the diabetes pandemic.

The World Diabetes Day resolution recognises the need to raise public awareness of diabetes and its complications, as well as diabetes prevention and care through education and the mass media. It calls upon all Member States, relevant organisations of the United Nations system and other international organisations, as well as civil society to observe World Diabetes Day in an appropriate manner.

No child should die of diabetes

In developed countries, many people with diabetes have ready access to all aspects of care, so they can lead healthy and productive lives. In contrast, in many developing countries, particularly in Sub-Saharan Africa and some parts of Asia, life-saving diabetes medication and monitoring equipment is often unavailable, or unaffordable. As a result of these and other factors, many children with diabetes in developing countries die soon after diagnosis, or have poor control and quality of life and develop early and devastating complications.

Diabetic ketoacidosis [DKA] is the leading cause of death and disability in children with Type-1 diabetes. It occurs because there is low or no insulin available in the body to help the organs and tissues take up glucose for energy, as a result of poorly-controlled blood glucose levels. DKA often develops during an extended period in which symptoms related to high blood sugar are misdiagnosed. Recognising these symptoms early can be enough to avoid serious consequences of DKA.

One of the aims of the World Diabetes Day 2007 and 2008 campaign is to raise awareness of the warning signs of diabetes and help avoid unnecessary disability and loss of life in children and adolescents.

The World Bank recently identified seven diabetes treatments that would actually save money if prescribed, even in the poorest regions of the world, and five more that would be highly cost-effective [in the poorest regions, between USD 60 and 660 per life year saved]. It is tragic that these treatments are not used more. This situation presents an opportunity. The International Diabetes Federation believes that the fastest and most efficient way to improve health in poor and middle-income countries is to provide cheap, simple, proven treatments to people at risk of diabetes and cardiovascular disease. Doing so will help strengthen primary care, stabilise families, liberate women to seek greater educational and employment opportunities, and improve standards of living.

At the moment, Type-1 diabetes cannot be prevented but, with proper care, complications that come with the disease can be delayed. In contrast, over 50 per cent of Type-2 cases can be prevented by maintaining a healthy weight and being physically active.

Many programmes have been implemented around the world by governments, schools, and communities to promote healthy lifestyles and living environments.

Governments need to recognise Type-2 diabetes in children as a major public health issue and develop suitable primary care and prevention programmes. They can:

The passage of the UN Resolution is a major achievement, but it is just the first step in the struggle to reverse the diabetes epidemic.

It is gratifying to note that the diabetes world has shown that it’s able to unite to achieve the Resolution. It must now continue to do so, to avoid a further rise in the epidemic and improve the health outcomes of those already living with the disease.

World Diabetes Day provides the perfect opportunity to bring the world together for a common cause.

Visit World Diabetes Day web site to find out how you can join thousands of people around the world, who will “Unite for Diabetes,” on November 14.

Life for a Child Programme 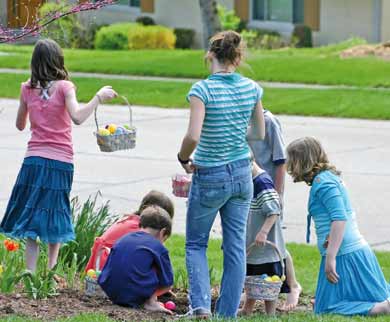 The International Diabetes Federation’s Life for a Child Programme was created in 2000 to provide children in developing countries with life-saving medication. The programme is run in partnership with Diabetes Australia-NSW and Hope Worldwide. It currently supports over 700 children and diabetics in 15 developing countries, including India. Without this support many would die.

Over 2,40,000 children currently live with diabetes in developing countries. For just one US dollar a day, the neediest children can receive the care and treatment they need to survive. The Life for a Child Programme provides insulin, syringes, monitoring equipment, education and training at recognised diabetes centres to keep children alive.

Wearing the diabetes pin helps to provide much-needed funding for the Programme. Proceeds from sales of the pin go directly to support the programme. The pin can be obtained through the World Diabetes Day web site.