The sun rose over the wing of my air plane just before our descent into Leh. The landscape stretched all the way to the horizon; and blinked, as the clouds parted to let the morning light through. The track of the album ‘Give Me Rest’ by the metal band Hands played in my thoughts: ‘Here I sit among the clouds. With nothing but the empty sound. I have seen the light of day…’ As I gazed in wonder, I felt my mind still. 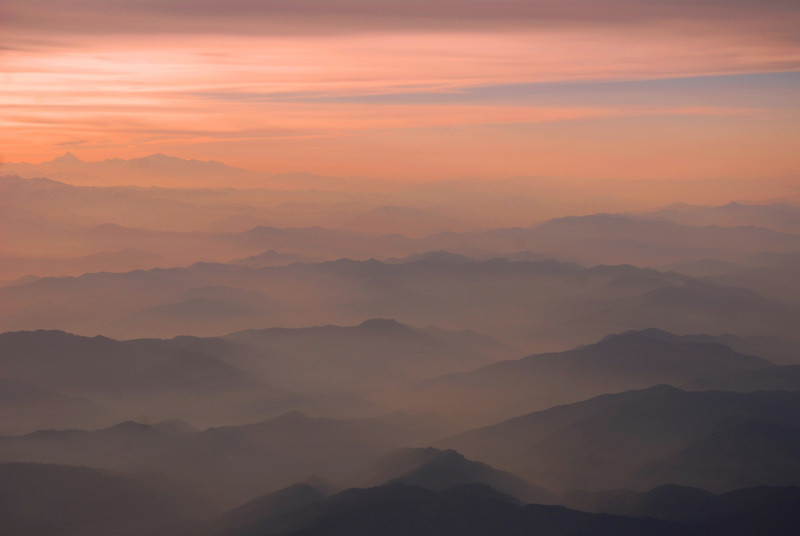 Prayers here are heard, not through loudspeakers, but in the flutter of a flag and the twirl of a wheel. I could sense whispers of hope and gratitude through the corridors of the monasteries I visited.

Spituk, Shey and Thiksey lie in and around Leh. Hire a taxi for the day and see the sites at your own time and pace. Do stop to feed the fish in the holy pond opposite the Shey Palace. And request your driver to take you to Sindhu Ghat. This is one way to take it easy on your first day around town. ‘Ladakh is drab; shades of brown can be so boring,’ yawned an acquaintance, as I was about to leave on my trip. Ah, but when I was there, the landscape was bursting with colour… I could see it in the pink blossoms of the apricot trees, the mint green waters of the river Indus, the streaks of red in the earth, and the glorious blue expanse of the sky. 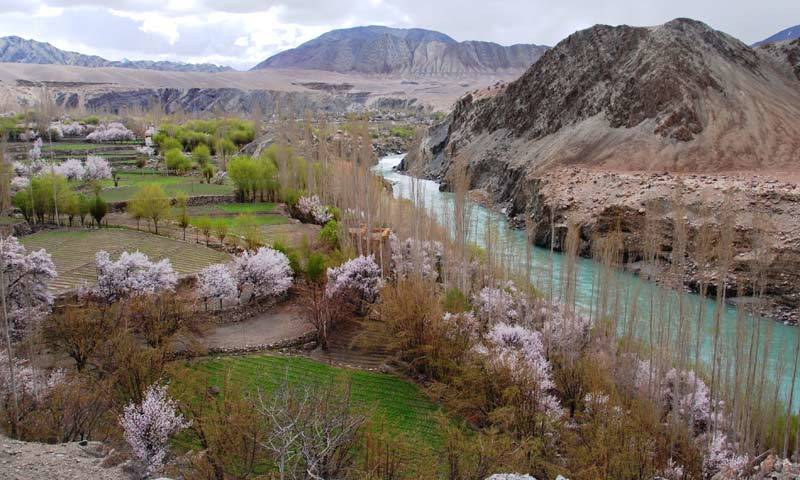 Desert Rain is an oasis in the market area of Leh. You’ll find it in a by-lane, up a stairway on the first floor of an inconspicuous structure. Just follow the aroma of hot mocha. When it’s nippy outside, this is the place to be. Thanks to the girls from the Snow Leopard Conservancy India Trust, I spent many an evening here giggling over bowls full of steaming noodles. 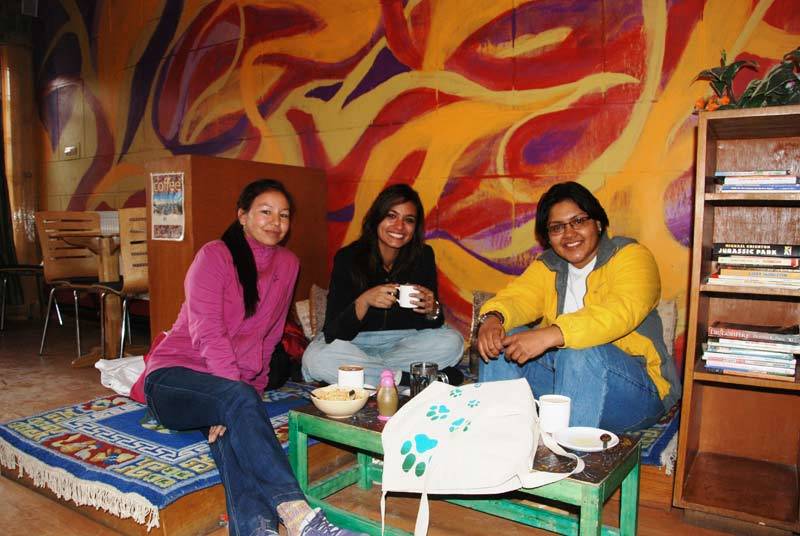 Three hours of walking, stopping, catching our breath, walking again and I stumbled into the village of Rumbak. It lies within Hemis, a high altitude National Park in eastern Ladakh. Along the way, my guide Gyaltson pointed out the blue sheep making their way across a mountain ridge. When we arrived at our home-stay in Rumbak, our host offered us cups of tea as she prepared lunch. I watched her look after her two-year-old boy, clean the house, milk the cows, work in the field, completing chore after chore with a tireless smile.

Roads signs that caution against rash driving are common in this part of the world. The Border Road Organisation’s favourite seems to be ‘Divorce speed — if you are married’. Clearly, the single life is not of much value in the hills. But the most ridiculous one of the lot was ‘Don’t be gama (?!) in the land of lama’.

Once in a while, you come across a sign that says it all. The message was clear… My home in Leh was at the Gangba Guesthouse. My room was a quaint space with a large window that opened out to a field and a view of Shanti Stupa in the distance. But I spent most of my time in the kitchen of Gangba with the warmth of a loving family. I witnessed some of the most spectacular sunrises and sunsets at Gangba. But more than anything, I remember the laughter, the meals, and the tenderness I experienced here. 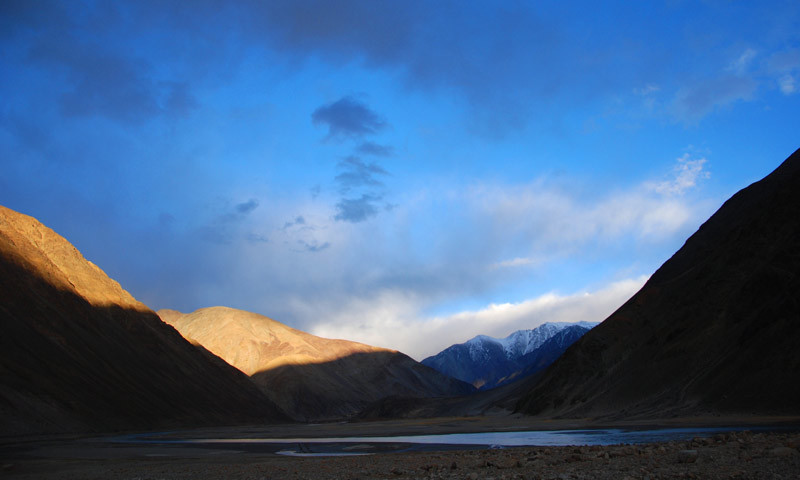 I had the chance to visit the Nomadic Residential School at Puga. We celebrated Earth Day with the teams of WWF and SLC-IT. I have never seen a bunch of children so excited to be at school on a Sunday! There was a presentation about the endangered snow leopard and a very-tough-to-judge art competition.

The school principal spoke about the challenges they face living in such a remote part of the world. “Before they enrolled, the children had never seen a television set in their life,” he said, “They were terrified when they first encountered one.” 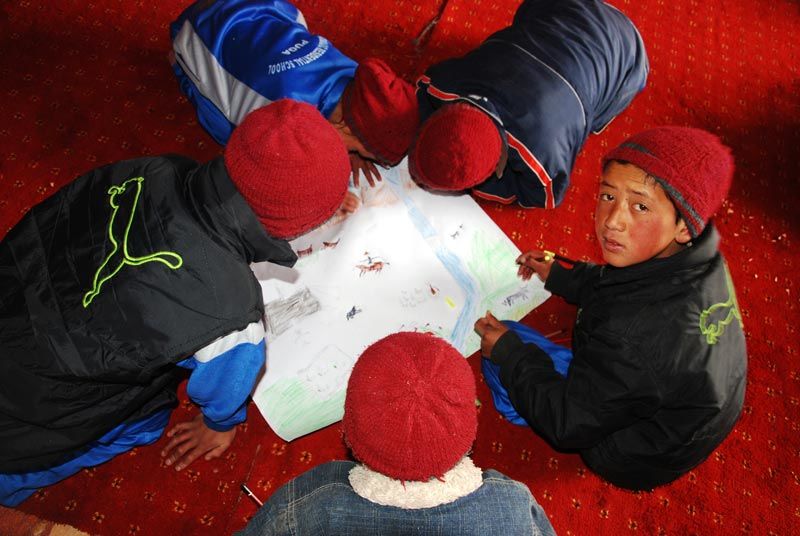 This photo-feature first appeared in the July 2012 issue of Complete Wellbeing.