It’s something that can ruin a perfectly beautiful morning. You wake up and look at yourself in the mirror only to find a pimple or acne break-out staring back at you. That’s it! Your heart sinks, you start feeling anxious and rush around to find a quick fix to literally, save your face for the day. Acne is a debacle not just for teenagers but adults as well. Those who’ve had persistent pimples would know that it could also leave deep scars on the face. However, the root of this problem lies in the deeper layers of the skin where the oil glands exist in plenty. Read further to know what causes acne and ways to zap them.

Pimples need no description because, like it or not, we’ve all had our share of them in one form or another. Whiteheads, blackheads, big painful eruptions or flat red patches. Acne worsens in humid, summer months and improves in dry, cold season. However, those who work in factories and around hot places keep developing pimples round the year. Most women find their skin clear till the time of their next menstrual period. The skin feels oilier and eruptions appear a couple of days prior to their menstrual period.

Women who overuse oil-based cosmetics and others who have recurrent ‘pampering’ sessions of bleach and facials at beauty salons may sometimes develop a cluster of pimples due to excessive rubbing of creams into the pores of the face. Certain medications, like anti-TB drugs increase sebaceous gland activity, leading to pimples.

Skin ointments containing steroid medications when used to help clear blemishes from the face, also eventually causes the skin to thin down and trigger a cluster of tiny eruptions.

Ways to deal with them

A variety of creams, gels and face washes are now easily available in the market and most of them are effective in minimising pimples. Those containing antibiotics like clindamycin, clarithromycin and azithromycin help to clear inflamed pimples, whereas agents like tretinoin, benzoyl peroxide, glycolic acid and adapalene help in drying and peeling blackheads and scars.

Antibiotics like doxycycline and minocycline are given in daily or weekly doses for 6 – 12 weeks. Isotretinoin is a wonder drug for acne that is now easily available. It clears eruptions and gives a radiant glow to the skin. A word of caution, do not take it if you’re trying to conceive as it has a likelihood of causing birth defects in the newborn. A three-month washout period is necessary after stopping the drug before you attempt to conceive.

Women with ovarian cysts or irregular menses along with pimples, sometimes have an imbalance in their hormone levels. A treatment with oral contraceptive pills for 3 – 6 months should help regularise your menstrual cycles plus clear the skin. However, these doses should be consumed only after consulting a gynaecologist.

Mild cleansers which help to dry up the skin can be a respite for acne as well. Medically prescribed face washes containing one per cent salicyclic acid are very useful during the summer, particularly for people with oily skin. These can be used twice daily. With regular treatment most of the sequelae of acne can be cleared. While most drugs help to clear active eruptions, the residual scars, marks and pits need to be treated with additional techniques which may include use of chemicals or machines.

Use of cosmetics should be kept to a minimum while treatment for pimples is on. It is also important to avoid facials, bleaches and other beauty treatments while anti-acne gels are used, to avoid the risk of irritation.

Very often dermatologists get both the mother and the child, particularly daughter, coming to the clinic. While the daughter is keen to get the pimples treated, the mother may repeatedly try to interrupt the consultation and enquire whether the girl really needs treatment! Mothers usually mention that “we too got it during our teens but never required to treat it as it disappeared later on.” Moreover “aren’t antibiotics and creams likely to harm the body?” they ask.

The answer to this is very simple: While pimples do tend to disappear during the mid 20s, the prolonged and repetitive ‘attack’ on the same area causes black or brown discoloration, pits, flat scars, hard bumps and large swellings. Numerous collections of pits occur on the cheeks giving rise to hollow cheeks which affect the appearance and the patient’s morale.

Regular attention to the tiniest of pimples and clearing it with appropriate medications from time to time prevents the ugly scars that develop. Besides, treatment of such scars is a difficult proposition later on, which drives up the cost of therapy manifold.

Mothers need to be reminded that they grew up in an age where pollution was low and the diet consumed was more natural whereas today both these factors have changed. Also, the excellent range of effective anti-acne creams and tablets that are now available were not available two decades ago when the mothers were in their teens! Instead they had to satisfy themselves with sandalwood paste, turmeric and some sulfur ointments.

Chemical peels, also known as cosmetic peels, help to remove the uppermost layer of the skin, giving a youthful appearance to the face. A chemical solution containing a very mild acid is gently applied on the skin and is left on for 3 – 5 minutes. The chemical is then washed off and a sunscreen is applied. The procedure is repeated every fortnight, each time with an increasing concentration of the solution.

After a period of 2 – 3 months both pimples and scars fade to a great extent. In older individuals the deep scars do not clear completely with chemical peeling and one may require to undergo dermabrasion, a procedure in which the skin is peeled off mechanically and allowed to heal evenly.

Commonly known as skin polishing, microdermabrasion is a technique to remove scars on the skin. In this procedure, a pen-like instrument is run over the scarred area of the face or the back. The ‘pen’ contains aluminium oxide crystals that will flow through a tube to gently scrape the skin and the crystals get sucked away under vacuum. The scraping action removes the superficial layers of the skin, which contains dead cells and marks.

This procedure needs to be repeated at monthly intervals in cases where the scars are deep. It is also done to remove tiny growths on the skin or where the skin is tanned. Unfortunately, its effects are short-lived, hence  it is popular in salons and spas catering to pre-wedding or pre-festival procedures.

Sometimes huge pimples can leave deep ‘holes’ or concave scars on the face giving an ugly look. In the past, people suffering from such cosmetic problems had to live with them for the rest of their lives. But now there is hope in the form of filler injections where proteins are injected into these holes and the skin gets lifted up, giving it an even appearance. The effects of the injection are temporary and therefore the procedure needs to be repeated at yearly intervals.

Laser is a revolutionary method of skin treatment. It involves using an intense beam of light focussed through a hand-held instrument. The beam dissolves certain fibres deep in the skin which eliminates acne scars to some extent. It needs to be repeated several times at 4 – 6 weekly intervals to almost fully eliminate the scars. 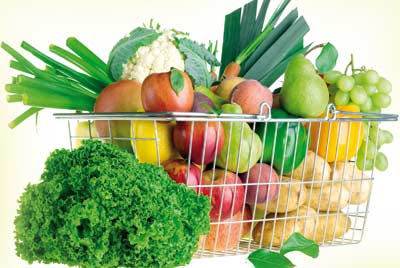 “Doctor, what should I eat to cure acne?” This is a question every dermatologist is asked almost daily. There is great confusion about whether or not oily foods aggravate acne. Present studies reveal that foods rich in glucose are known to prolong acne but there is considerable disagreement among dermatologists on this issue. Until a consensus is reached, it is advised to have a balanced diet, rich in fruits, vegetables and drink plenty of water.

Unlike in the past, the present armamentariums of topical and oral medications for acne can do wonders for the skin. The rule to be remembered is to start treatment at an early stage to prevent permanent scarring.

A version of this article appeared in the February 2013 issue of Complete Wellbeing.