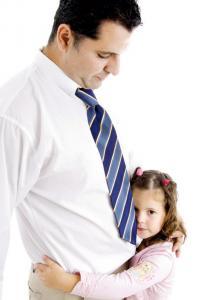 Children learn primarily through imitation, taking your cues about everything, and becoming your most exquisite mirror—so always ask yourself: “Am I worthy of my child’s unquestioning imitation?” If yes, then you have resolved 95 per cent of your discipline issues before they even materialise. True discipline is ultimately self-discipline, and the more mastery we develop of our own inner being, the more harmonious family life will be.

This is so much easier said than done. For instance, a toddler practising his newly-discovered autonomy by defying you, can push your buttons of powerlessness like nothing else can. I vividly remember the one time I swatted our son’s behind: he was six or seven and was defiantly ignoring me right to my face. Something primitive inside me uncoiled and I whacked him. I regretted it immediately, not just for the obvious reason of having been violent with him, but also for the modicum of his respect I lost in that unbridled moment.

We lose the admiration of our children when we ‘lose it’. It’s a mammalian thing: animal behaviourists know that our ability to have authority over—and thus the ability to train—a dog or a horse erodes, if the animal sees or feels us get angry. We could learn a lesson or two from understanding mammalian similarities!

When it’s necessary to reprimand your child, strive to not do it with a raised voice or the look of disgust or cruelty in your eyes. Aside from the neurologically corrosive effects that feeling shameful brings, the child will also lose trust in you over time, and will look towards others as role models. Then when your child is in her teens and needs to be able to learn from you the most, your complaint will be, “He just doesn’t respect me”.

Children need guidance and instruction, not punishment. It is often more effective to simply use a gentle, redirecting arm around the shoulder of a young one heading towards trouble than to deploy a string of words to reason with or explain a prohibition [“…for the umpteenth time!”].

The term misbehaviour is appropriate when someone truly understands the alternatives and consciously chooses to engage in bad behaviour. For a child, this is simply not the case. She is a scientist figuring out the world, gathering data and conducting experiments. Her behaviours that don’t please us are considered as ‘mistakes‘, rather than misbehaviour. Do we punish people for mistakes? Not if we want improvement, excellence and growth.

And even the most suspiciously flagrant ‘mistake‘ of a child reflects an unmet need. Figuring out what that need is—rather than focusing on the inexperienced way the child expressed it or the ineffective strategy she used to meet her need—is central to peace in the home. So for example, ’stealing‘ a piece of your jewellery or some other precious item—yes, even your money—can be a child’s way to get close to you, to keep you with him.

Hitting or teasing another child is also sometimes an inexperienced human’s misguided strategy to connect. And yet that same behaviour—hitting, or even biting—will be used by another child [or the same child in a different circumstance] as an attempted strategy for meeting an entirely different need, such as the need to feel less fearful, embarrassed, isolated, or envious.

A central goal in parenting for peace is to cultivate an atmosphere in which our children are able to live as much as possible in the growth/flourishing mode rather than a stressed/survival mode. It ensures the correct wiring of their social and cognitive brain circuitry, as well as optimally healthy bodies. We need to help when their own emotion regulation isn’t quite yet up to the task. Like the spotter who stands ready to help lift the massive barbell if the guy on the bench can’t quite summon the strength from his weaker position, we help our child lift the load of his distressing emotions until his own neural regulatory system can manage them.

Time-out or time in

While it was conceived as a more humane alternative to spanking, a time-out lands a blow to a child’s brain and psyche. Just when the child is overwhelmed by a flood of emotions that she cannot manage, and she most needs the close physical presence of her parent, she’s banished into solitude. What a child throwing tantrums [or, more helpful to think of her instead as a struggling child] needs is ‘time-in’—in secure, soothing arms, and the steadying, regulating sphere of your engaged presence.

Hitting: Wrap the child’s hands in a scarf and sit next to her: “When your hands are warm and strong, they don’t hit.” [Do the same if you find the child kicking someone]

Biting: Give the child a large piece of an apple or a carrot. Make her sit next to you to eat it and say: “We bite carrots, not our friends.”

Violent play: Real work is the cure for violent play. Get her to dig holes or move stones in the garden, or to carry wood or stack bricks.

Defiance: Between ages two and four, children can be stubborn, and it’s best to simply overlook some of their negative reactions. Just go with the child and begin doing with him what you want him to do, without anger or lots of explaining. Don’t waiver or allow him to wriggle out of it. For example, rather than butting heads about him picking up his toys, just begin rhythmically picking up a toy or two and putting them into the bin. Like with a yawn, he will hardly be able to keep himself from joining in.

Gossiping or aimless chatter: Involve her in your work to let her feel the adult’s creative strength focused upon a particular activity. Washing dishes is a wonderful healing action here, as is baking. Sometimes merely listening to children’s upset or tears will ease up the problem enough so that they can respond to a suggestion as simple as, “Just go start over.”

It is always more effective to focus on what the child may do, rather than issuing a “You may not…” prohibition. This approach also reduces the risk of putting the child into a disconnected, survival-mode. And in fact, kindergarten teacher Barbara Patterson suggests that the very word “may” can have seemingly magical properties. Take for instance, “You may put the forks on the table now”—it presents no question for the child to either answer or ignore, and it implies the notion of privilege to be doing what the adult is suggesting. And indeed, a child enjoying a secure, connected relationship with her parents does find it a privilege and a joy to behave in harmony with their wishes.

Keeping these ideas in mind, remember that the single most pivotal ingredient in harmonious, joyful parenting is you—your confidence, conviction, and trust in yourself and in your child.

Dr Axness is offering Complete Wellbeing readers a free download of a unique, effective mind/body/spirit tool for parents to use in addressing behaviour and/or developmental concerns in children of all ages. To claim your free gift, visit http://marcyaxness.com/unique-7-step-parenting-tool/

This was first published in the April 2012 issue of Complete Wellbeing.