Home The not-so-surprising statistics about mental health and smoking

The not-so-surprising statistics about mental health and smoking 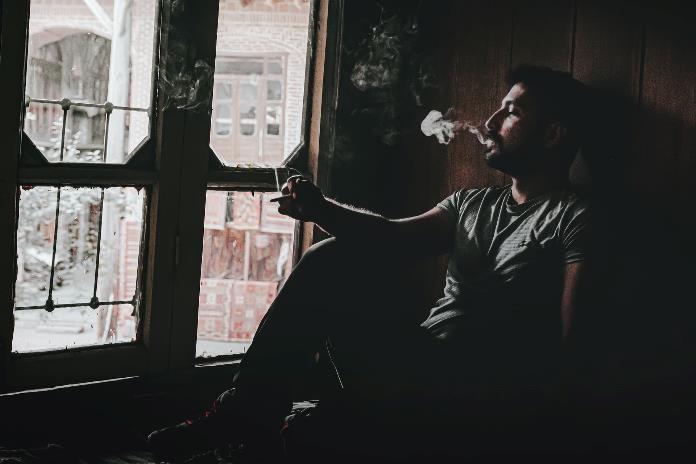 The National Institute on Drug Abuse (NIH) conducted detailed studies on the topic of mental illness and substance abuse, including the use of tobacco. The data confirms what many in healthcare already know, that being the comorbidity between tobacco use and mental health disorders. According to the studies, people suffering from mental health disorders smoke on average 2X – 4X more than the general population.

The NIH study conducted between 2009 – 2011 found that 36.1% of individuals with mental health conditions smoked, compared to just 21.4% of the adult population without mental illness. The rate of smoking in the under 45 age group is particularly high, especially among lowly- educated individuals with low incomes.

People suffering with anxiety-related disorders, including substance abuse and major depressive disorder are prone to higher levels of smoking. It is highest among people with schizophrenia and depression since the nicotine is thought to alleviate many of the symptoms that are felt. Ironically, what happens when you quit smoking has been shown to dramatically improve mental health, by alleviating stress and anxiety, improving general mood, and reducing depression.

Cross-sectional data among different demographics found that people suffering with mental health conditions were also more prone to smokeless tobacco such as chewing tobacco and vaping. The common denominator in all cases is nicotine. People in addiction treatment facilities overwhelmingly smoke, with percentages in the range of 65% – 85%. Consumption of cigarettes is also extremely high among people with mental health conditions, with an average of 331 cigarettes smoked per month as opposed to 310 for the standard population.

Younger individuals with schizophrenic disorders tend to be much more susceptible to smoking than other groups. Medical research indicates that there are sharp reductions in connectivity between parts of the limbic system and the dorsal anterior cingulate cortex. A smoker’s ability to quit is made increasingly more difficult if they have a mental health condition. It is also believed that smokers who quit have a propensity to return to smoking if they have a mental health condition.

Successful mental health intervention in the form of therapeutics, cognitive behavioral therapy (CBT), and alternative treatment options such as transcranial magnetic stimulation (TMS) have proven highly effective when used in combination. Indeed, the evidence attests to improved health and wellness and recovery from nicotine addiction, among those who have received mental health treatment.

A particularly effective medication to use for schizophrenics who suffer from significant nicotine addiction is bupropion. Nicotine addiction is in and of itself a serious matter. When nicotine is inhaled, it binds with the nicotinic cholinergic receptors in the brain, releasing a mood enhancing neurotransmitter known as acetylcholine. As the frequency of smoking increases, so the body becomes addicted to this feeling. If for any reason the smoking is stopped, agitation and anxiety result. At that point, the individual is a nicotine addict.

While it is incredibly difficult to stop smoking, doing so is actually a life-saving decision. Millions of people die every year as a direct result of tobacco addiction. It is particularly devastating in terms of the number of cancer cases that develop, cardiovascular diseases, and other serious health conditions. While the power of will is certainly telling in terms of your ability to quit smoking, it may not be enough.

The addiction and the physical complications that result, are real. Efficiently treating smoking addiction can be achieved through Deep TMS. It transmits electromagnetic pulses to regulate neural activity which are responsible for smoking addiction. Of course, other options such as bupropion (Wellbutrin), and nicotine replacement substances can mitigate the withdrawal effects.