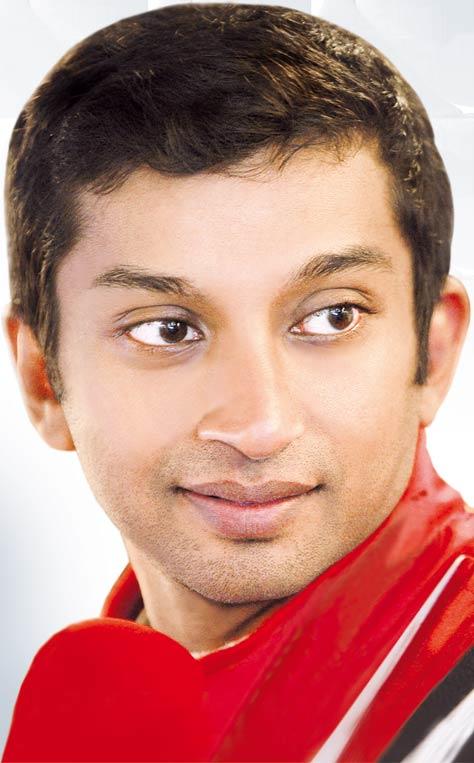 As children, we all dream of being racers or pilots. What made you seriously take up racing as a career?

Narain Karthikeyan: My father is an accomplished rally driver, so I was brought up surrounded by motorsport. However, my interest was always in circuit racing, not in rallying. So when I expressed my interest to him, he insisted that if I was going to be serious about racing as a career, I should travel to Europe and test my skills there, against the best in the world.

So he arranged for me to visit the La Filliere Academy in France when I was just 14 years old. That was where my career path was moulded. With his practical and logical approach, my father played a pivotal role in guiding me during my initial years, and he still continues to do so.

What helps you to be consistent in your performance?

Narain Karthikeyan: Being able to do good lap-times repeatedly requires a combination of physical and mental fitness. Having a stable personal life also plays an important role in maintaining a balanced approach, and this is very important in order to be consistent. I’m very lucky to have a wonderful family that supports me 100 per cent. My wife is by my side at many of my races; she gives me a lot of strength and support.

And what do you do for your physical fitness?

Narain Karthikeyan: I spend a lot of time in the gym. After doing extensive research, my personal trainer Ramji Srinivasan has designed my fitness protocols to exactly suit the requirements of my sport. He has been an asset to me. He even has some machines designed exclusively for racing drivers.

For instance, there is a neck training machine, which helps us strengthen our neck muscles. Stronger neck muscles help us withstand the tremendous lateral and longitudinal g-forces, which our necks are subjected to during racing.

Like the strong neck muscles, are there any other particular aspects of fitness that are more important in racing?

Narain Karthikeyan: Racing drivers need upper body strength to be able to turn the steering wheel, as most racing cars do not have power-assisted steering. We need strong leg muscles to be able to work the brakes effectively.

For example, my Superleague Formula car with carbon brakes needs me to apply a pedal pressure of over 100kg just to make the car stop. Try doing a left-leg-only leg-press with a 100kg weight once every five seconds for one hour, and you’ll know what I mean.

Probably more important for a racing driver, though, are stamina and endurance. I spend most of my time in the gym doing cardio training. Since our heart rate in the car can peak at 180bpm, we must concentrate most of our fitness training in this area. You’ll notice that most racing drivers have a physical body structure more akin to a marathon runner than a 100m sprinter.

Were you always so serious about fitness?

Narain Karthikeyan: In my teens, I did not have a meticulous training routine, unlike now—it’s easier to have a more casual approach to fitness when you’re that age, you know. As long as I was winning races, I never felt that I should train so seriously. That changed after I started racing in British Formula 3. And the dedication has grown exponentially over the last 10 years… now I’m probably fitter than I’ve ever been in my career.

Let’s change tracks now. what do you do just before a race?

Narain Karthikeyan: When the race is about to start, I do some stretching and breathing exercises. Other than that, I just relax and enjoy.

And when you’re get into your car or gripping the steering wheel, do you say something to yourself. what goes on in your mind?

Narain Karthikeyan: I don’t really say anything to myself. I must admit though, that even after so many years of racing, I still feel a surge of excitement as the adrenaline starts surging for the race. When I was younger, I used to have a lot of nervous energy, especially just before the race started, but now I have learned to convert this negative energy into excitement at getting on with the job.

How do you do that?

I have a very different personality in and out of the race car. When I’m in the car, I’m in ‘race-mode’. I focus totally and entirely on the job at hand. I use visualisation techniques to help me get in the correct frame of mind for the race ahead, and I don’t allow any other thoughts to distract me from my goal of winning.

Do you get distracted by negative emotions?

The only time I have a low emotional state is when I am not doing well in a race. But at the end of the day, racing is a profession, and you must learn to have a professional approach and not allow negative emotions to compromise your performance. It’s like in any other job; you must never take your home to your office. Having said that, I’m fortunate to have a stable family life, and this makes doing my job so much easier.

But a lot of your performance also depends on the machine, which is not fool-proof…

That’s precisely why it’s important to have a good technical team. The technician’s quality of work and attention to detail is crucial. A modern racing car is made up of thousands of individual components. Even if one of those components is faulty or has been fitted incorrectly, you won’t win the race. So the acceptable margin of error is zero. However, things do happen, which cannot be traced down to human or component errors. It’s part of racing, and as you get more experienced, you learn to deal with it. Also, you can never prepare for such instances in advance; you just have to learn to always look forward, and to learn lessons from your past experiences to prevent future mishaps.

Clearly, there are many factors that affect your performance. Is lack of sleep one of them?

I’m sure that it would have a huge impact on my performance. That’s why I make it a point to get plenty of sleep during a race weekend—I sleep for at least 8-9 hours every night, more if possible. It’s a vital factor in being able to re-charge my batteries.

But how do you manage to go without sleep in a 24-hour racing event?

In 24-hour races, typically, each car is shared by at least three drivers. So while one is driving, the other two can rest and get prepared for their next stint in the car.

Short naps are important in allowing the body to recuperate from the physical and mental stress of racing. The difficult part is actually sleeping at a track with the noise of racing cars all around. That’s where mental discipline comes in. Learning to shut off is as important as learning to switch on once you’re in the race car.

It’s difficult not to notice that despite being the fastest Indian in the world, you have no airs…

I spend as much time as possible at home with family and friends… I feel this is the best way to keep oneself grounded. Although my sport requires me to be away from home for long periods of time, I try and get home as often as I can, even if it’s just for a couple of days.

Your message for the readers of Complete Wellbeing…

Live your dream, but remember: dreams only become reality through hard work.

Worst moment: Dislocating my shoulder just before the Le Mans 24-hour race in 2009

Driving philosophy: Be safe and always wear a seat-belt

This was first published in the August 2010 issue of Complete Wellbeing.